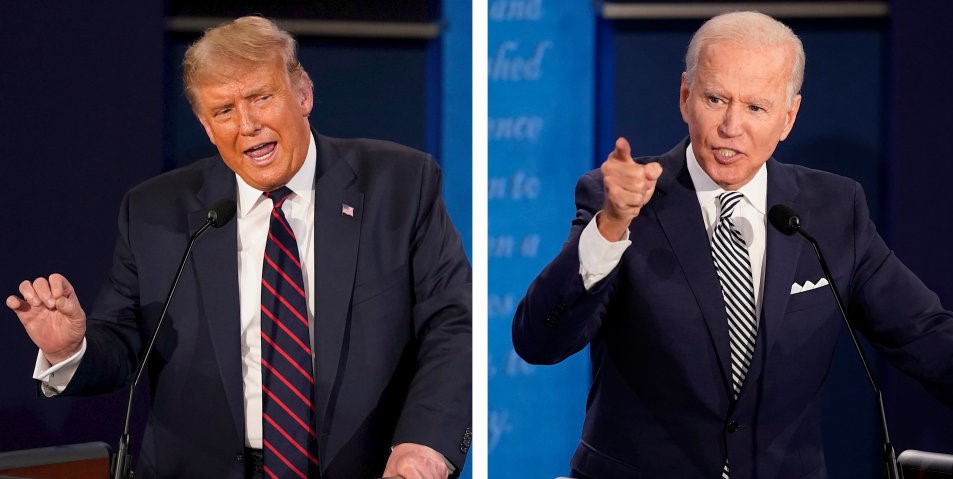 The Secret to Stopping Aggressive Politics that Can Lead to Violence


During election years we have come to expect a spectacle. Both sides compete for your attention with plenty of mudslinging in between. But this year seems to have reached a new low. We have seen more mud than meaningful debate as aggression from the streets marks the speech of those vying for this nation’s highest office. Candidates talk about their opponent’s failings and foibles more than their own platforms. Many say the current political discord has become dangerously aggressive, while others claim you must get aggressive to win.

As the founder and CEO of the Center for Aggression Management, I have spent the past 26 years studying the differences between assertive and aggressive behavior. Regardless of whether you are a Republican, Democrat, Independent or simply undecided, wouldn’t you prefer political candidates who avoid aggressive language and behavior? Wouldn’t you be drawn to those who assert the principles and solutions for government they feel will make the country a better place, while not simply seeking to destroy their opponent?

To help people better understand and detect aggression and the behaviors that lead to it, I developed the Critical Aggression Prevention System (CAPS). CAPS includes a sliding scale of aggression known as the Cognitive Aggression Continuum. It helps the user recognize and quantify aggressive behavior in terms of its relative severity. The scale also helps you anticipate the aggressor’s probable next course of action.

As an example of the Cognitive Aggression Continuum, Stage 4 of Cognitive (intent-driven) Aggression describes the aggressor’s likely strategy as “Planting the Seed of Distrust.” Here the aggressor uses “covert” strategies to reach out to a victim’s community (constituents) with the intention of convincing these supporters that the victim cannot be trusted. This is common practice across our nation in every corporation, institution, and organization, and now it is on full display by both parties in this year’s election.

At Stage 5, the aggressor becomes “overt” and officially pronounces his opponent as incompetent or unfit for office.

At Stage 6, aggressors claim their victim will severely harm them and their loved ones.

Finally, in the extreme in Stages 7, 8 and 9, what we refer to as the Crisis Phase of our Cognitive Aggression Continuum, these aggressors will actually put themselves at risk of harm in order to undermine and squash their opponent’s point of view. This aggressive behavior can, and often does, bring physical and professional harm to their victim.

The ultimate expression of aggressive political maneuvering can be, and too often is, violence. The violent rioting that we see across our nation is a direct result of aggressive behavior of some who either feel dissatisfied or emboldened by our current Federal, State, and local governments. No, I am not suggesting that our politicians are advocating violence, but extremist organizations on both the right and the left use this rhetoric as justification for criminal mischief at minimum, and in the extreme, the destruction of property, looting and even murder. How can we reduce political aggression and the resulting violent behavior seen lately on our streets and in our neighborhoods?

By using the principle, the FBI and Secret Service have referred to as “identifying someone on the path to violence,” we can start by identifying body language, behavior and communication indicators that we at the Center for Aggression Management prefer to call the “sequential successive precursors to violence.” These precursors include, but are not limited to, verbal statements that sound increasingly more aggressive.   By identifying these precursors, we can first stop ourselves from using them. Then we can identify those around us who are using “aggressive” political commentary, call them out, and invite them to communicate with more “assertive” political statements. If adopted on a wide scale, politicians will eventually realize that their constituents are no longer moved or motivated by aggressive statements and/or misrepresentations and may even turn against them. They would begin to change their aggressive rhetoric and use more assertive commentary instead. What a positive world this could be if we all demanded assertive campaigning versus aggressive political language and behavior!

If you want to see through the fog of deception and recognize aggressive behavior for what it truly is, then CAPS is the solution. It enables its user to identify aggressive behavior and offers solutions to diffuse it, whether it is political or associated with your workplace, schools and/or neighborhoods. The best and most inexpensive way to utilize CAPS is with our CAPS Mobile App. Refuse to be a victim. Protect yourself and your family by using CAPS to stop aggressive behavior before it turns violent. For only $49.95 per year you can identify aggressive behavior around you, engage, and prevent it from occurring. Follow this link for more information and to acquire your own CAPS Mobile App: https://www.aggressionmanagement.com/individual-caps-mobile-app.php