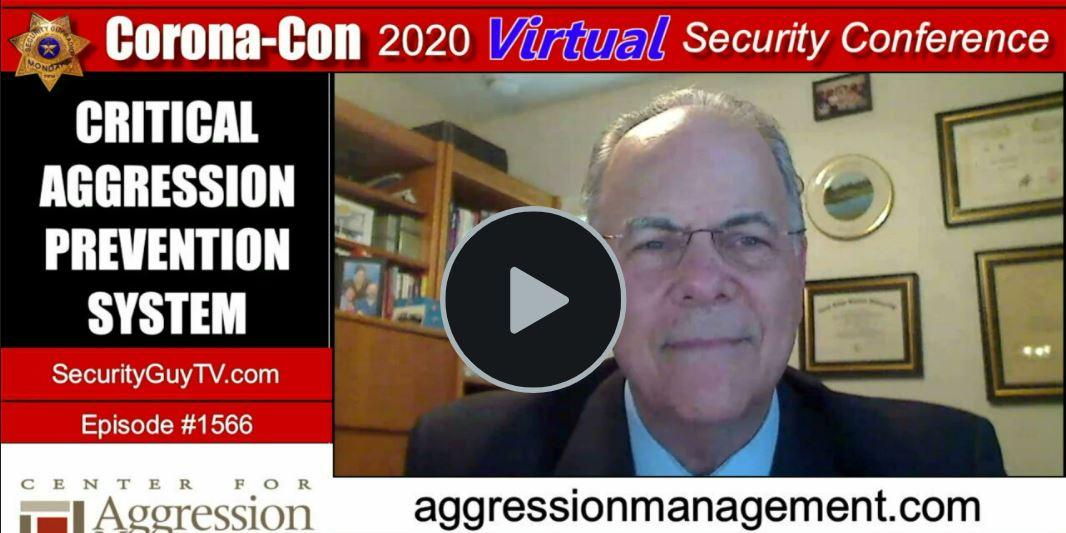 
With the world in turmoil over the coronavirus pandemic, never has there been a greater need to identify people who are on the path to aggressive behavior and possibly tragic consequences. A new mobile app makes it possible to recognize aggressors and stop them before they act.

We work from home. We exercise at home. We eat three meals a day at home and too many snacks in between. We clean our home – and clean it again. Sometimes we just sit at home and stare. We cling to our phones at home. We’re going stir crazy at home, and the least little thing sets us off. We snap at our partners, our children, the dog. The coronavirus has us all on edge and living in fear of losing someone we love. It’s also fueling our anxiety over how to pay the bills for those of us who have lost our jobs.

Many of us are coping, but what about people with aggressive tendencies? How are they handling the frustration, the fear, the feeling of hopelessness? Depression also tends to feed the number of suicides and, worse yet, murder/suicide. Must we live with yet another fear of how the aggressors will act out?

Look at these numbers.

Drs. Anthony Fauci and Deborah Birx tell us that due to COVID-19, we could lose as many as 60,000 lives – and that is even if we, the American public, maximize our mitigation techniques, i.e. our social distancing, washing of hands and not touching our faces. Even though this number is down significantly from previous estimates, I don’t think any of us can imagine the desperation, the fear, the depression that will exist with the loss of 60,000 lives (our family members and friends) and what this will do to the psyche of citizens across America.

Compounding this health crisis, our federal government is projecting an unemployment rate greater than that of the Great Depression, as over 47 million workers could be laid off over several months. Nearly 17 million people already have filed for unemployment benefits in the past three weeks.

Our government is sending money both to individuals and to our businesses to stem the tide of massive layoffs. But many businesses will not make it through this biblical plague that besets us all. What will happen to the millions of those who will remain unemployed long after the government’s subsidies end?

A close friend and highly respected security professional, former president of ASIS International Jeff Spivey suggested recently that unemployment will create significant unrest and a spike in crime – crime borne of necessity in order to feed and shelter families. But how can we avoid being the victims of crime?

The Critical Aggression Prevention System (CAPS) was developed to identify aggressive behavior, what the FBI and U.S. Secret Service refer to as “identifying someone on the path to violence.” We at the Center for Aggression Management, which developed the mobile app to recognize aggressors, prefer to call aggressive behavior the sequential, successive precursors to violence.

CAPS enables us to identify and thus prevent malicious behavior like bullying, abuse, harassment, discrimination, conflict and even violence, as well as blue- and white-collar crimes.

Why is it so important to get out in front of these acts of violent crime? We know that from the Moment of Commitment, when an assailant decides to pull a weapon and start shooting, to when the first round is discharged is just 2 seconds. No security, no law enforcement, no matter how well-trained or equipped, can reliably be on scene in just 2 seconds.

How do we do that?

We know that it is not instinctual for one human to attack another human. An aggressor must first disconnect, depersonalize, turn his victim into an object in order to attack the victim. We can begin to see these disconnections early on, even at the beginning of aggressive behavior.

You can begin to identify coworkers or family members who once were cooperative but now have become adversarial, self-absorbed, distrustful and fixated on their views only. They lack conscience and responsibility. In other words, they are “disconnecting.”

The Critical Aggression Prevention System (CAPS) starts at a zero baseline and escalates up nine stages of aggressive behavior. The CAPS Mobile App explains these nine stages of aggressive behavior, with the ninth being the most lethal of all aggressors. This is the perpetrator of murder/suicide or a terrorist – someone whose goal it is to give up his life for a cause.

It is our contention that once this COVID-19 has come and gone, millions of workers will have used up their subsidies and many will remain on unemployment. In the opinion of many experts, this will create a significant surge in crime.

Whether you are a business owner, a manager, a coworker or a family member, your ability to identify someone on the path to crime offers you the ability to prevent that crime. You not only prevent having a victim but also a perpetrator. There is no better, more comprehensive solution than our Critical Aggression Prevention System and its CAPS Mobile App.

Presentation made by John D. Byrnes for the Corona-Con 2020 Security and Thought Leadership Conference: